With a coat that’s silky soft and big in size, caring for an Angora can require some time. Chloe Schneider reports.

With their incredibly woolly coats, there’s no mistaking an Angora Rabbit! This unique breed demands a level of commitment from their owner that goes above and beyond what one would expect from any other rabbit — and it’s all because of that signature hairdo.

Despite looking like a very specialised breed, the Angora is in fact one of the oldest types of domestic rabbit, originating in the region historically known as Angora, Ankara, in present day Turkey. The rabbits were popular pets with French royalty in the mid-18th century and their popularity among the elite spread to other parts of Europe throughout the time. It wasn’t until the early 20th century, however, that they made it to the United States and, eventually, other parts of the world. Today, Angoras are bred mainly for their silky wool, which is even softer than cashmere.

Like sheep, Angoras bred for this purpose are shorn and the wool is sold. Some people buy Angoras to show and have the difficult job of keeping their coat in tip-top condition throughout the entire year. Finally, there are many Angora owners who keep their rabbit for no other purpose than to serve as a wonderful, and impressive-looking, companion. These owners, too, have quite a job keeping their pet’s coat healthy and well groomed. 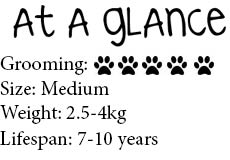