Always a pleasure to watch, the Gordon Setter is blessed with a majestic build and stunning coat. By Helen Frost.

Watching a litter of Gordon Setter pups, it is easy to understand why people simply fall in love with this breed. You can see the trademark build they will grow up to have by simply looking at their amazing frame.

This dog’s sensitive nature makes it an ideal family pet, while its laid-back personality ensures it is a pleasure to have around the home. It is common for Gordon Setters to display an intense loyalty to their owners, although they may take a while to become friendly with strangers.

A black and fallow dog bearing similarities to the Gordon Setter is mentioned as early as the 1600s. Around this time, Alexander, the fourth Duke of Gordon, established a kennel of Gordon Setters and this aristocratic breed was named in honour of him some time later. At this time, Gordon Setters were black, black and white, white and tan, and black and tan.

Alexander’s kennel was at Gordon Castle near Fochabers in the United Kingdom. Although the dogs were a working breed, it’s believed Alexander would not shoot over them until they were five years old as they could be boisterous and took a few years to mature.

For more information on the Gordon Setter or to contact a local breed club, visit your state canine council website via ankc.org.au. New Zealand readers can visit nzkc.org.nz for information. 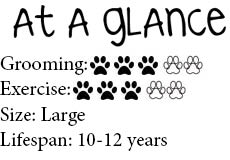