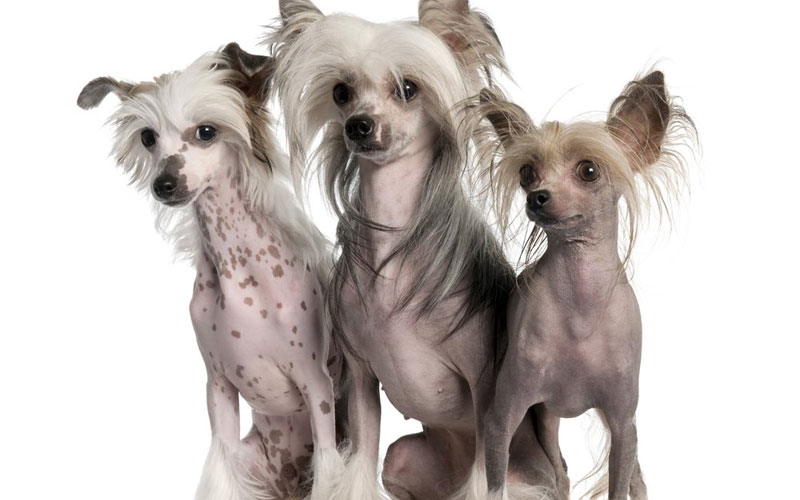 If you’re looking for a smaller dog with a charming personality, you can’t go past the Chinese Crested. By Lauren McKellar.

The Chinese Crested is a relatively lesser-known dog, particularly in Australia. First exhibited at a dog show in Britain in 1881, the breed eventually became more popular due to its charming personality and its striking looks. Today, there are approximately 50 registered breeders in the country.

Two types
There are two types of Chinese Crested — the Powderpuff and the Hairless. Perhaps the best known of these two is the Hairless. It’s hard not to recognise this almost hair-free canine, which has a beautiful crest of hair on its head, more hair from toes to hocks, and a strong, plume-like tail.

The Powderpuff has a coat that covers the whole body, although that’s not where the differences between the two types end. “The Hairless has tusks instead of normal sitting teeth, and is missing premolars,” says breeder Ally Consentino from Sanyati Kennels. She adds that the Hairless can also be missing other teeth while Powderpuffs have normal dentition and normal canine teeth.

Ally first fell in love with the breed six years ago after seeing it in a magazine. She liked the idea of a smaller dog with locks that could be groomed. “I went and saw them at the dog shows and they were my favourite because they weren’t trying to bark or carry on like other toy breeds — they were sleeping and sunbaking and I thought, ‘That’s what I like to do, so that’s perfect!’”

For more information on the Chinese Crested or to contact a local breed club, visit your state canine council website via ankc.org.au. New Zealand readers can visit nzkc.org.nz for information. 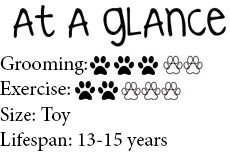